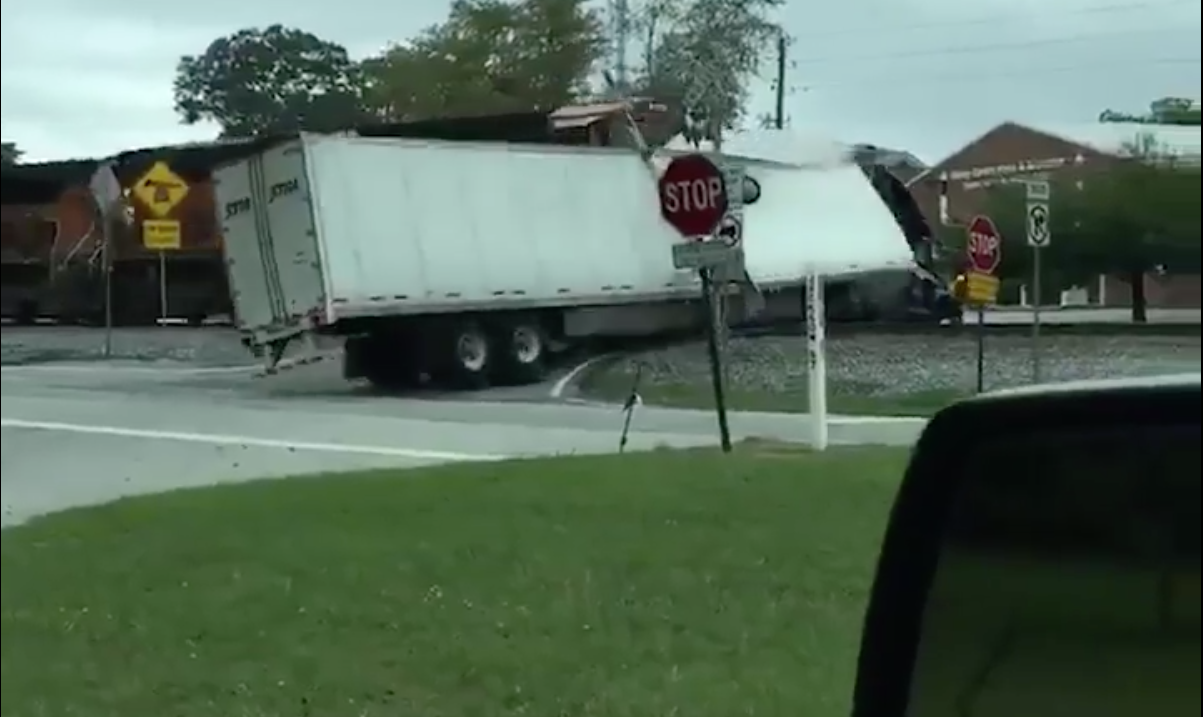 What could have been a wonderful explosion of colour ended up being a damp squib when a lorry full of sweets got stuck on a level crossing and was hit by a train.

The truck ended up beached on the small crossing in the USA and it proved impossible to recover it before the locomotive smashed through the trailer.

What we were expecting was a multi-coloured shower worthy of a Willy Wonka extravaganza as the sweets were thrown into the air, but the result was – relatively speaking, when a train hits a truck – not very spectacular at all.

Fortunately, no one was hurt, according to the local authorities in Georgia.

We were hoping it would be more like a piñata…

but instead it was just your standard ‘train hitting a truck’ incident. Rather underwhelming, really…

As you were, folks.