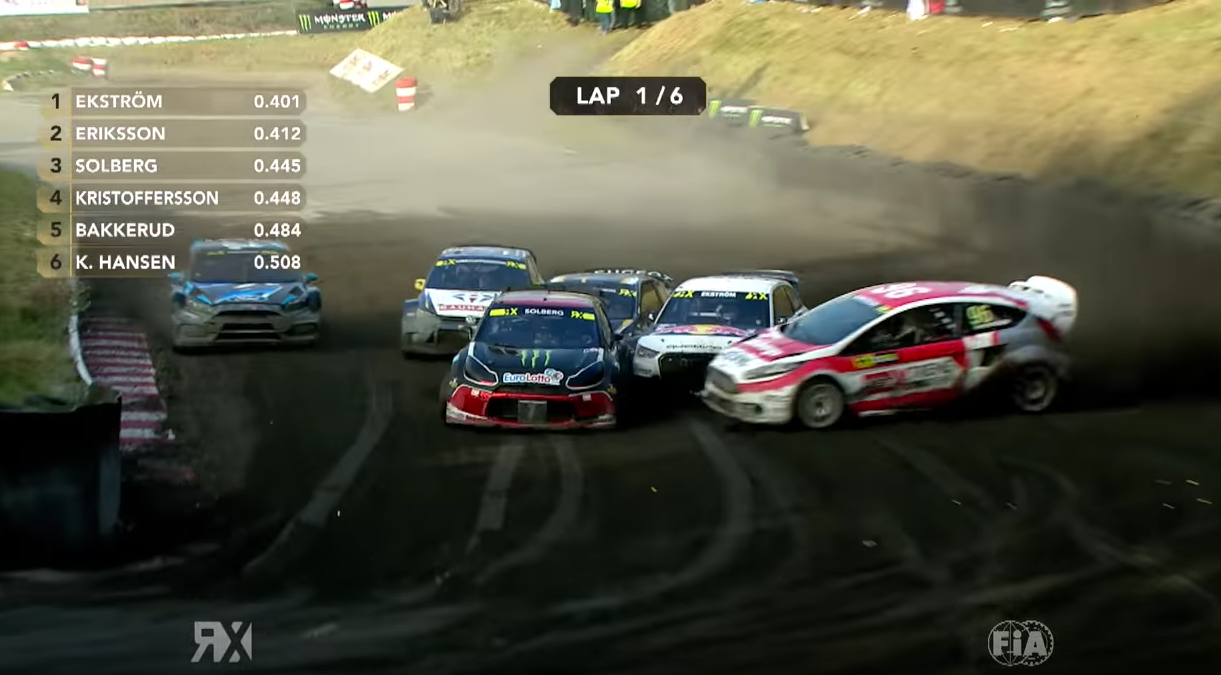 Being a racing driver is difficult. You’ve got to stay in control of your car at its very limits while trying not to crash into other people who are doing the same.

That’s why Rallycross is so awesome. The cars are supercar-fast superminis with 600bhp engines that can accelerate from 0-62mph in two seconds flat, competing on short, tight race tracks that are mostly covered on mud while six other drivers try to beat them to the finish line.

It is, naturally, mayhem. There’s sliding, crashing and jumping to liven up each race as these incredibly talented drivers battle for supremacy.

Last weekend, a chap called Kevin Eriksson managed to pull off a move that saw him overtake pretty much every other racer in one beautiful drift. That move probably wouldn’t have worked in pretty much any other racing series, but Rallycross rewards the bold.

He even shared the on-board footage, which shows just what a ridiculous angle he achieved and just how much talent was required to save the slide.

Yesterdays start of the start/first corner from my point of view pic.twitter.com/heiR1qs7N1

Eriksson went on to win the race – bravo!