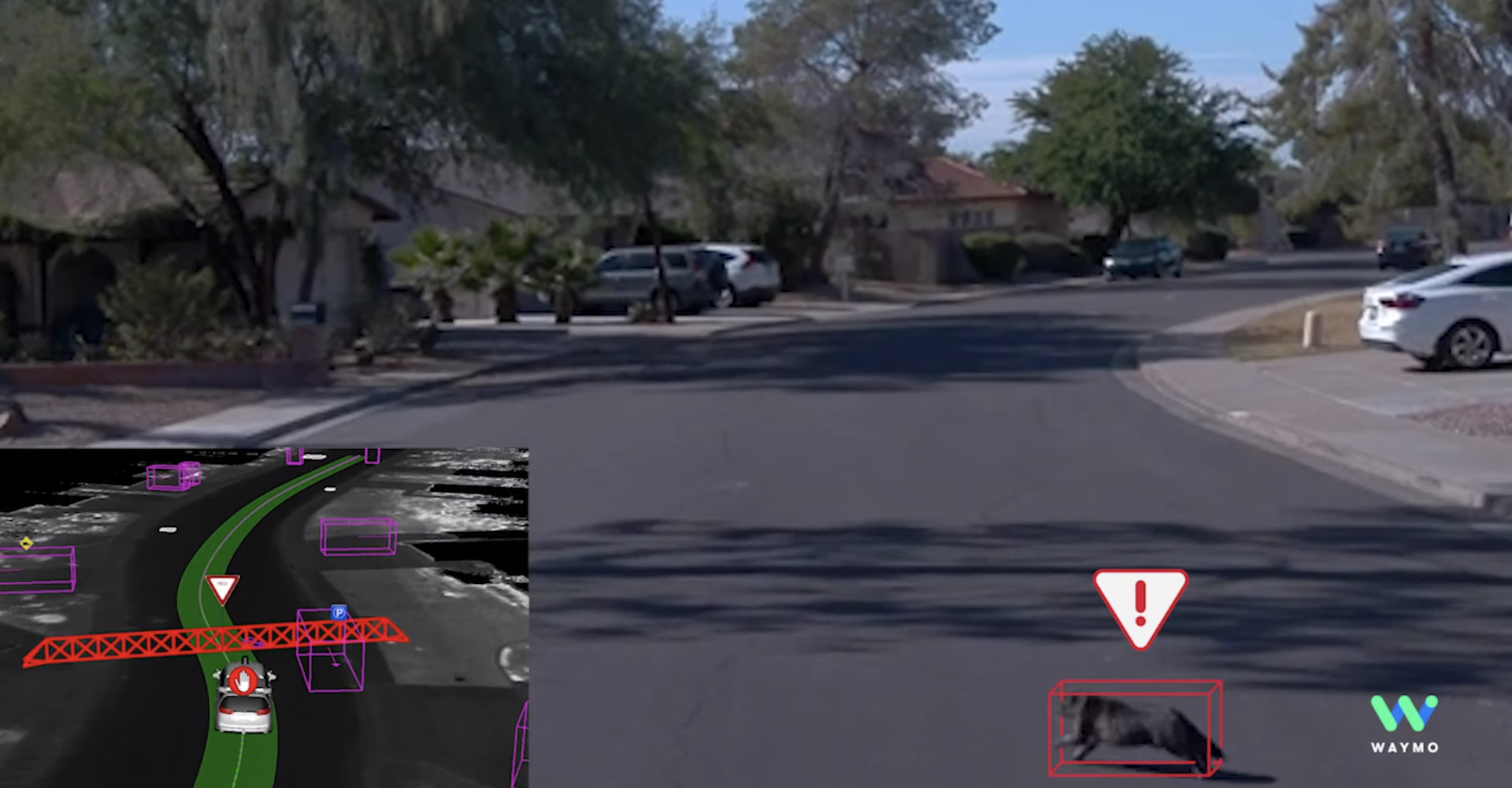 Autonomous systems represent arguably the biggest shake-up of the car industry,, with car manufacturers and technology companies now reaching the point where vehicles with self-driving capabilities are being tested in the real world.

One of the leaders in this field is Waymo, which is owned by Google’s parent company Alphabet Inc. The American firm has shared a video showing how one of its autonomous cars was able to avoid running over a cat in the suburbs of Phoenix, Arizona.

In the footage, the vehicle is driving down a residential street. As it approaches a parked car, a cat appears from behind it, then runs across the path of the self-driving vehicle.

Jonathan N, product manager at Waymo, narrates the video, and explains how the car combines data from cameras, Lidar and radar to ‘see’ the world around it. The on-board computer “turns them into logical concepts, like ‘there’s a person here at the crosswalk’ or ‘there’s a vehicle in this lane travelling at 22mph’”.

Waymo shows how the car can see the parked car, then spots a small object appearing from behind it. Although the car cannot immediately know that it’s a cat that will run in front of the car, Jonathan explains that the car prepares the warning systems in case the object becomes an issue, allowing it to react more quickly.

Once the cat moves from behind the car and the sensors predict its path will pass in front of the car risking a collision, it applies the brakes.

In May, Waymo received $750 million (£580m) as an extension of its first external investment round, bringing its total investment to $3 billion (£2.3bn)