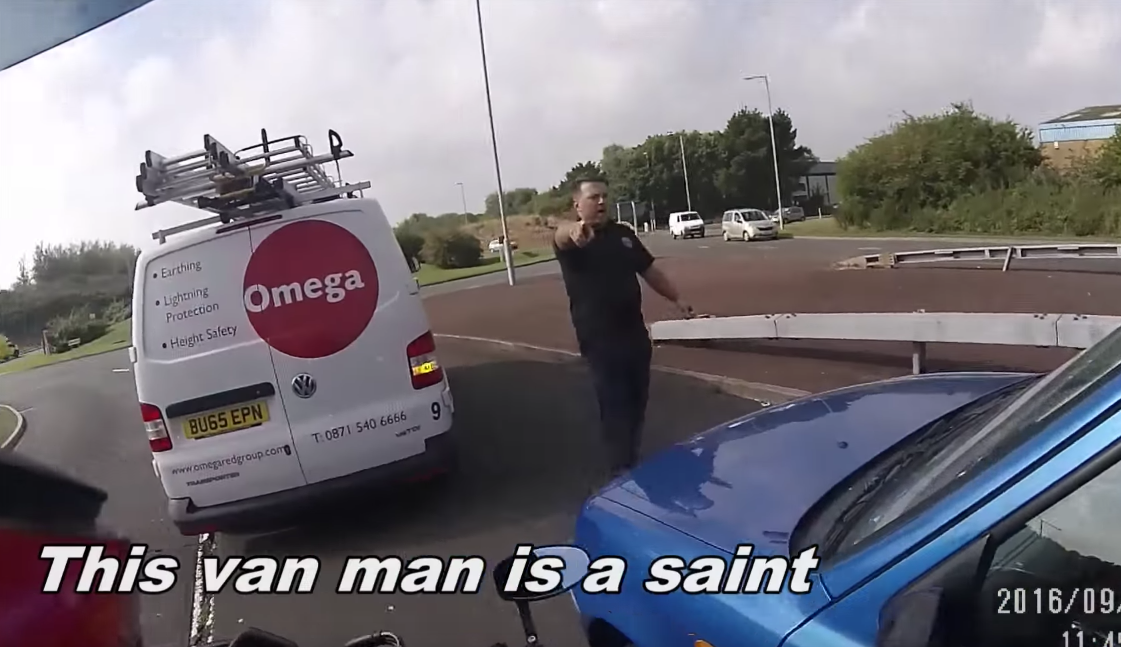 When you hear the words ‘white van man’, you probably think of inappropriate wolf whistling, builders’ bums and copies of The Sun.

But a video that appears to have been filmed in Eastbourne paints them in a whole new light.

Footage recorded by a helmet-mounted camera shows a rather unfortunate biker’s attempt to cross a roundabout. A motorist in a blue Nissan Micra decides to turn left across his path from the right-hand lane.

This doesn’t end particularly well, with the biker getting sideswiped. Fortunately, he managed to stay upright, but as he pulled over to talk to the driver, the little hatchback carried on like nothing had happened.

That’s when our knight in shining Volkswagen came to the rescue. As the biker gave chase, the Transporter van overtakes him and blocks the Micra in so that the police can be called.

However, his valiant efforts came to nothing. Inexplicably, the police didn’t bring charges against the driver. NB: The video contains explicit language.