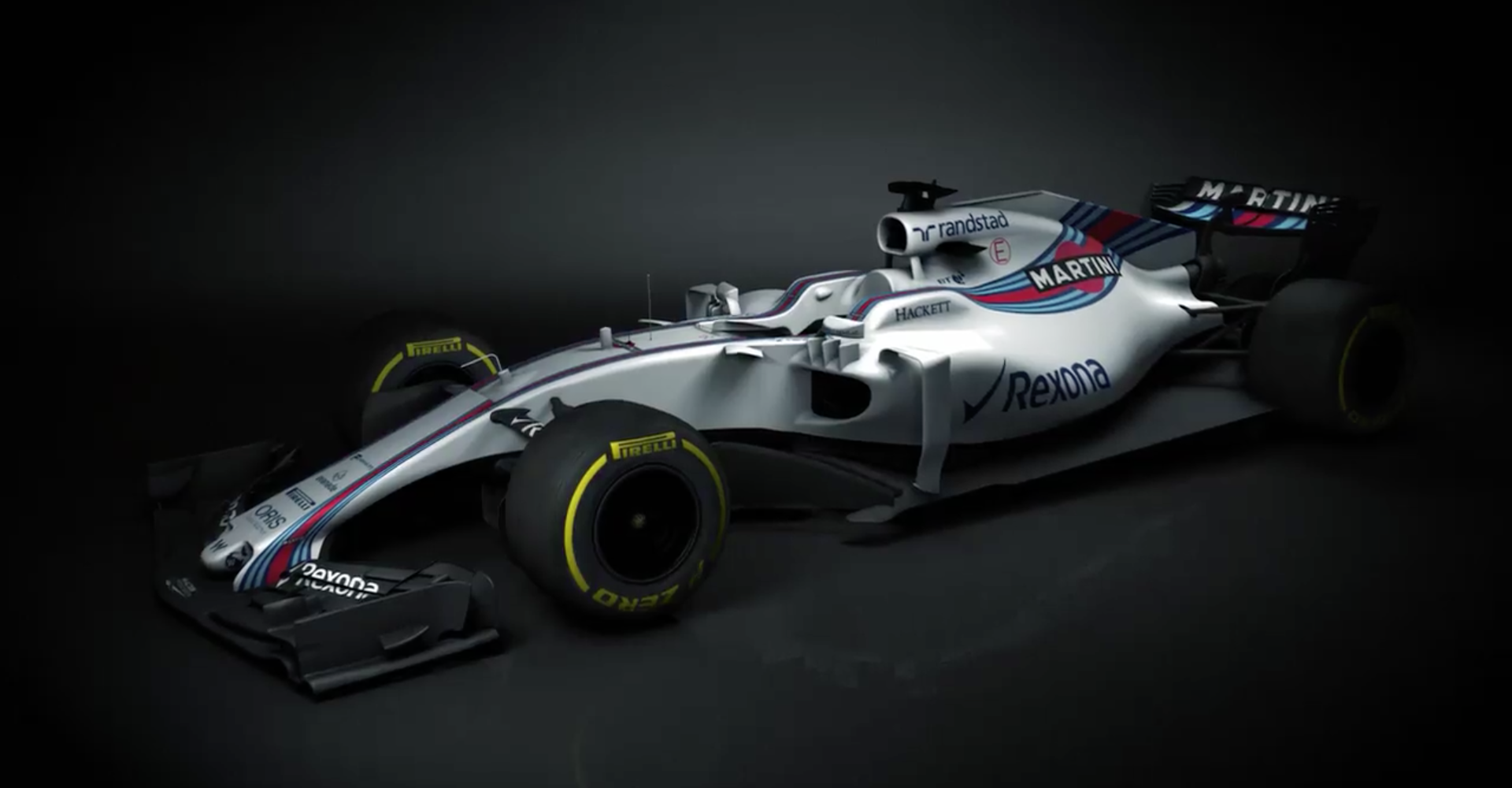 The first Formula One test of the year is getting ever closer, with just over a week to go before we see all 10 teams’ cars on track in Barcelona.

That means we’re getting rather excited here at SU, as the first F1 race isn’t too far away then.

But surprisingly, Williams has given us a look at its new car, the FW40 – celebrating the team’s 40th year in the sport.

Our 2017 challenger – the Williams Mercedes #FW40 – will be officially launched on February 25th #WeAreRacing #Williams40 pic.twitter.com/mL7ykPvZYG

And just look at it! Well, as much as you can in the gloomy press shots.

You can see the new regulations in effect though, with the curved front wing, altered rear wing and extended body work on the engine cover, which will help air flow to the back end of the car.

In case you missed it take a look at our 2017 challenger, the #FW40, which will be officially released on February 25th! #Williams40 pic.twitter.com/NRs0AUnJal

People on the internet have been boosting the light in the studio shots and revealing more detail, including the rear diffuser and wing combo, which looks spectacularly good.

With the reveal video as well, Williams has truly spoiled us today, and we hope Canadian rookie Lance Stroll and returning veteran Felipe Massa – who came out of retirement to drive again this year – perform well in the new car for the British team.

It will be officially unveiled before the first Barcelona test on February 25.