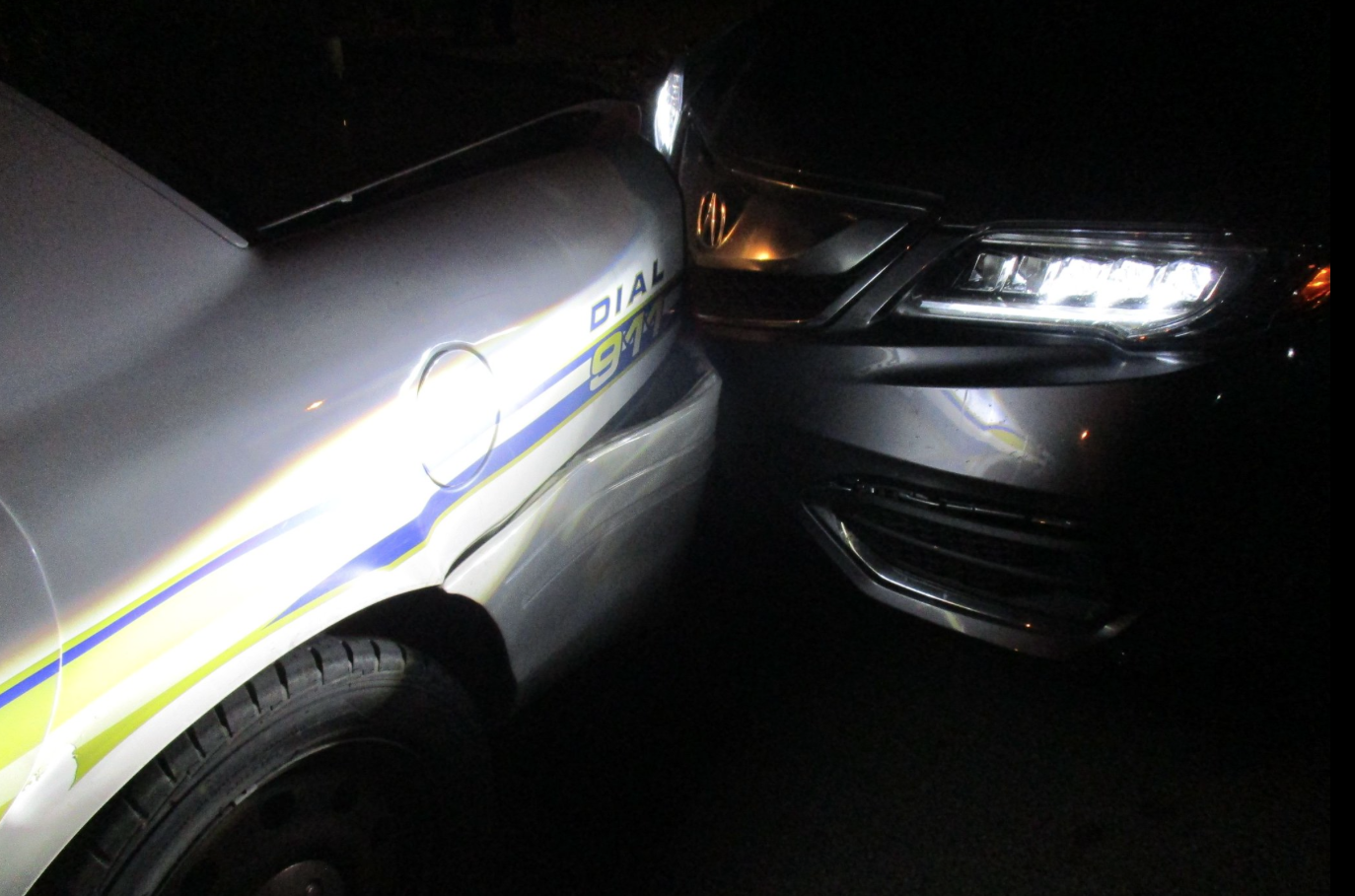 We’re sure you’ve heard the phrase ‘There’s a time and a place’.

Well, no one appears to have told Miranda Rader, who was driving in Bryan, Texas, when she crashed into a police car while taking a topless selfie for her boyfriend. You can see the aftermath below our headline. Fortunately, nobody was injured.

The police officer couldn’t help but notice that the college student wasn’t wearing her blouse, and she told him she’d been taking a Snapchat selfie to send to her beau while at a red light.

Not the brightest move, right?

Officers also found an open bottle of wine in a cup-holder next to her.

The 19-year-old, pictured above in her police booking snap, was arrested on suspicion of driving while intoxicated and released from jail on a £1,600 bail bond.

In his arrest report, the officer wrote:

I asked her why she was not dressed while driving and she stated she was taking a Snapchat photo to send to her boyfriend while she was at a red light.