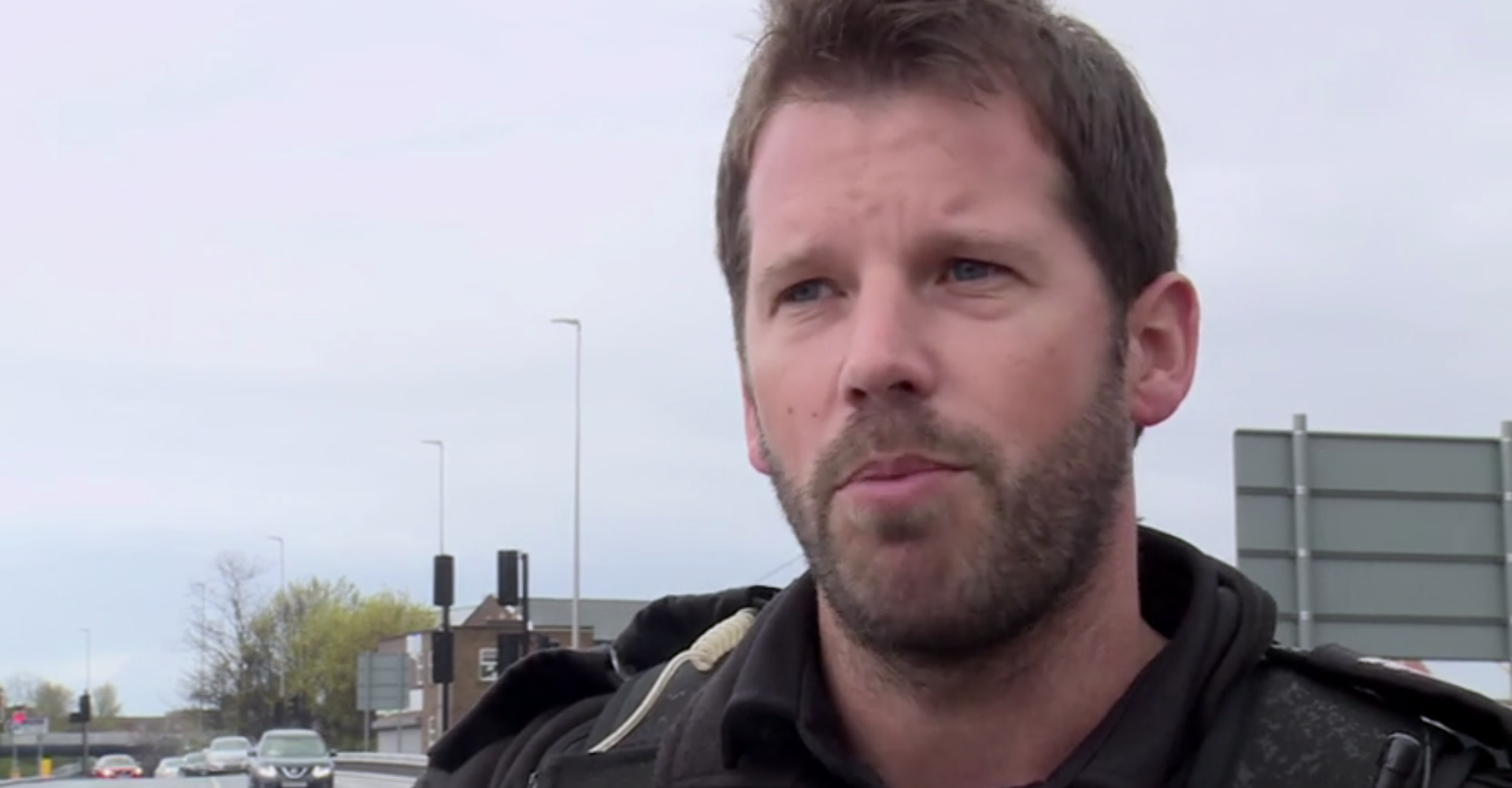 Heart-throbs come in all shapes and sizes these days – just take a look at the ‘Milifandom’ of before our last general election.

Now, we’re not saying that this individual is as unlikely an icon as Ed Miliband, but the levels of devotion are approaching properly scary territory.

Sergeant Kevin Salter is one of Cleveland and Durham’s Road Policing Unit, better known as Channel Five’s Police Interceptors. These trained response and pursuit drivers patrol Middlesbrough, Darlington, Durham and Redcar, plucking miscreants and ne’er-do-wells from the public roads in the documentary series.

Since first appearing on Police Interceptors in September 2015, our Kev has attracted quite the fanbase, as evidenced by the following selection of tweets about the Teesside traffic cop. He’s driving ’em wild!

True, he has some competition – with Paul ‘Jacko’ Jackson another favourite – but it looks like he’s well in the lead.

Charlotte Cooper’s eager anticipation is a little unsettling, but ultimately just a spot of fandom.

Sgt. Kev better be in this new series of #policeinterceptors or I'll be upset! ? @InterceptorsTV @DurhamRPU

Meanwhile, Paige Gallone is letting a bit of the truth about Kev’s appeal out.

Love my Monday night's for #policeinterceptors and its a total plus some of the officers are easy on the eyes.. *coughs* kev ?

And Laura Spillers leaps right in with a declaration of love.

Emma Morgan seems to have a pretty severe bout of Salteritis.

Going to take myself off to bed quietly and not mention that Sgt Kev was not in #policeinterceptors not that it bothers me you understand pic.twitter.com/iAjgLZnLgy

Not enough Sgt Salter for me tonight on #policeinterceptors I was like is he ever going be in this episode? @DurhamPolice @DurhamRPU pic.twitter.com/bNnBZpc3Yx

Kev’s attraction seems to know no gender limits, either.

Just how bloody beautiful is this man? Sergeant Kev Salter – you are ❤❤❤??? #policeinterceptors pic.twitter.com/J9ldZicXXG

It looks like his bosses have cottoned on to his appeal…

.@gipsykev Honestly, that's why the new big fence went up at Spenny, his screaming hordes of fans #TrueStory #PoliceInterceptors

Even some of his colleagues seem to have a man-crush on him.

Nightshift so no #policeinterceptors or #LIVMUN for me. Compensation tho was seeing the handsome Sgt Kev at shift handover #swoon #mancrush pic.twitter.com/V0GliJ1Jac

He’s now bowed to social media pressure and signed up to Twitter at @sgtkevsalter.

Tune in to the latest episode of Police Interceptors tonight on Channel 5 at 8pm. Previous episodes are also available on catch-up. Be still, oh beating hearts…