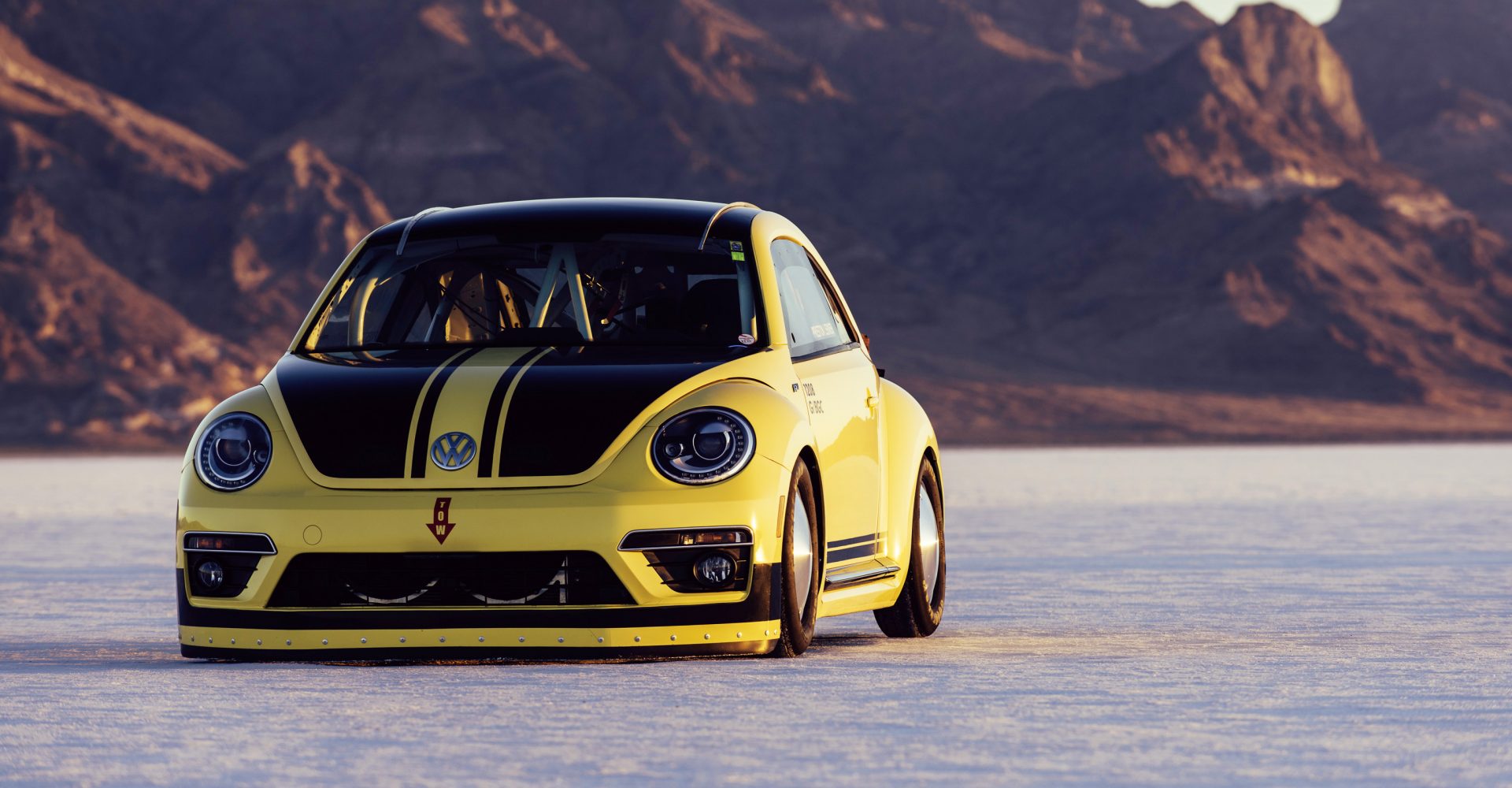 In an act that would put even Herbie to shame, a bright yellow Volkswagen Beetle has managed to break the hallowed 200mph barrier, becoming the world’s fastest Beetle in the process.

The incredible feat, which saw the vehicle hit 205.112mph in one mile, took place at the legendary Bonneville Salt Flats during the annual World of Speed event. 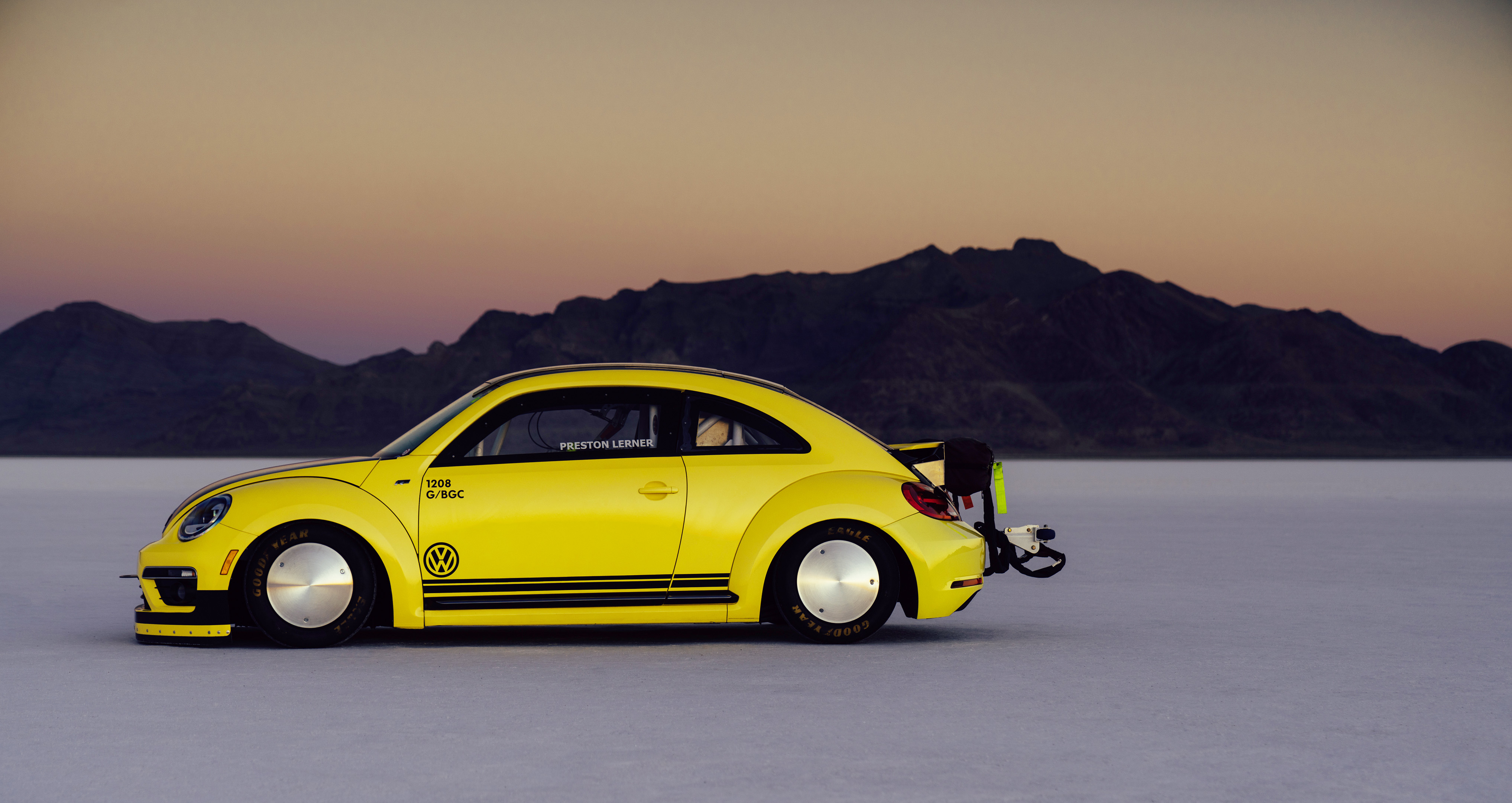 Now, Beetles aren’t exactly known for being the quickest cars on the road, so this particular example – dubbed ‘Beetle LSR’, short for Land Speed Record – obviously had to be pumped with the automotive equivalent of anabolic steroids.

After being juiced to the eyeballs, Beetle LSR’s 2.0-litre TSI engine now churns out a staggering 543bhp and 571Nm of torque.

This is all down to a new turbocharger, pistons, camshafts, and connecting rods. We’re fairly certain there was some black magic and wizardry involved, too.

When travelling at speeds north of 200mph, it’s obviously important that the Beetle was able to remain in a straight line on the notoriously slippery surface of the salt flats. To aid this, the wise decision to fit specialised tyres, wheels and a limited-slip differential was made, and the car’s body was lowered.

In the event that things all (very quickly) went pear-shaped, a roll cage, five-point harness and fire-extinguishing system were also thrown in. To bring the mighty Beetle to a halt, two brake parachutes were fitted as well.

We’re not sure about you but we think the Beetle LSR sounds like a serious piece of kit. Any plans to put one into production, Volkswagen?