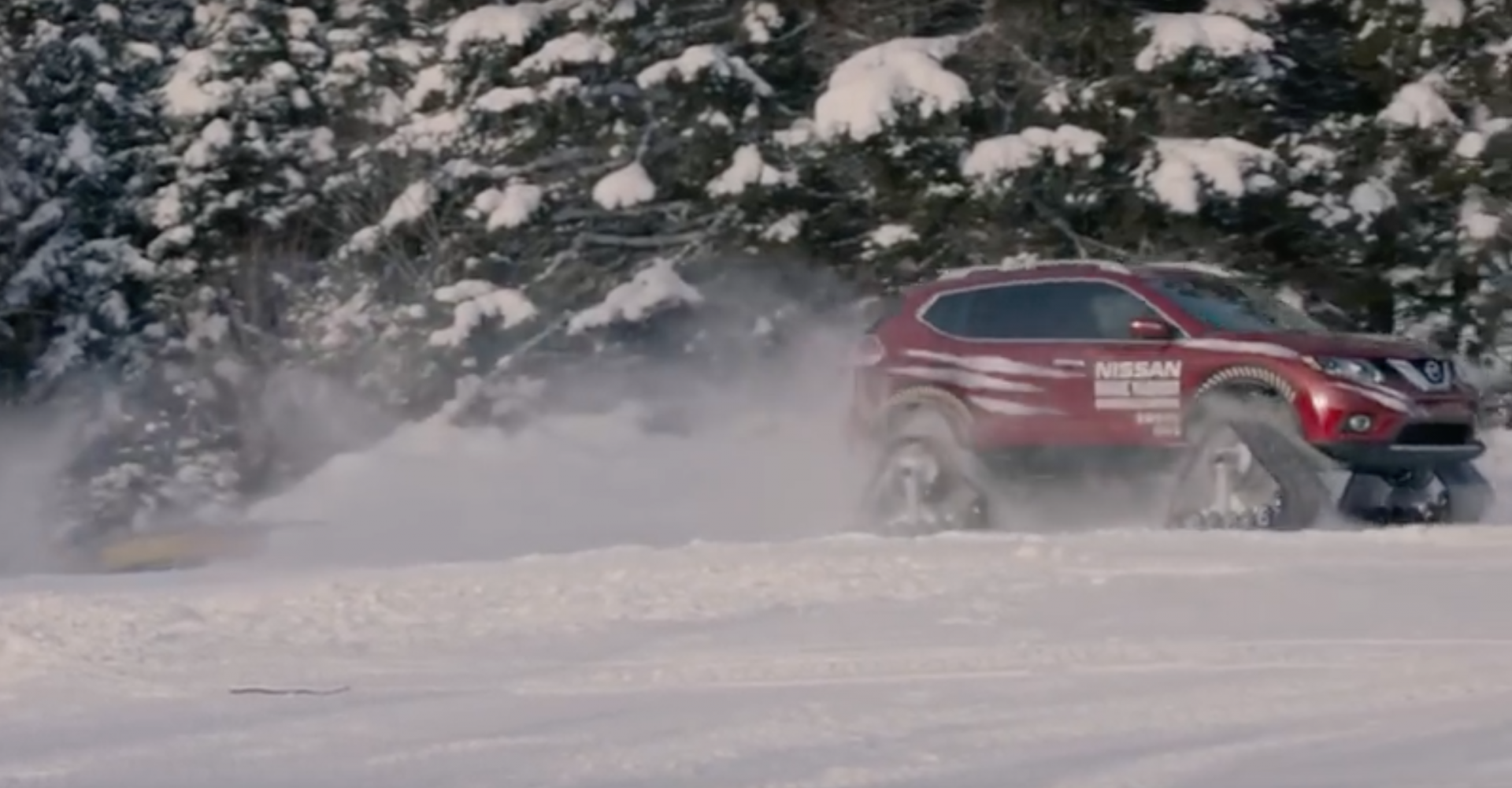 Nothing screams ‘cringe’ more than a feel-good family clip accompanied by an overly cheerful, repetitive soundtrack.

And on first glance, that’s exactly what this Canadian Nissan short appears to be, in which frustrated queueing skiers are rescued by suave Nissan Micra Cup Champion Olivier Bédard.

But look a little deeper and it’s actually an advertisement for an adapted Nissan Rogue – or X-Trail as it’s known everywhere else in the world  – that you probably can’t actually ever have.

Dubbed the Nissan Rogue Warrior, the one-of-a-kind prototype features the American Track Truck Dominator tread system, which allows the crossover to plough through up to 40cm of fresh powder and accelerate up 30-degree slopes.

It can also apparently keep up with skiers and snowboarders on the descent.

Advertisement aside, if the Nissan Rogue Warrior were to come into production, then we imagine there’d be alpine adventurers queueing around the après-ski lodge to get their hands on one.