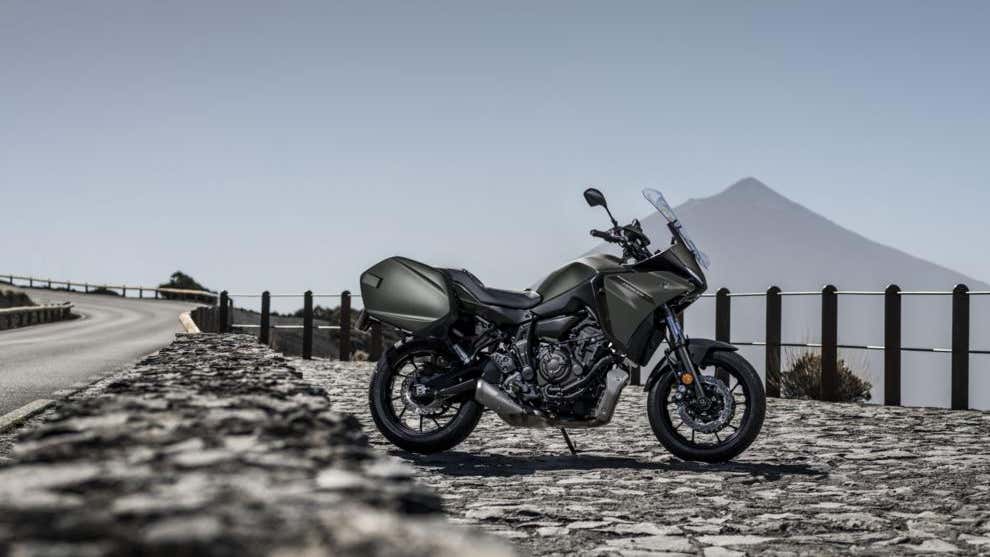 The sports tourer bikes utilise the same 890cc engine, while the Tracer 9 boasts a new chassis too. It’s stronger than the one found on the older Tracer, too, meaning that the overall payload of rider, passenger and luggage has lifted by seven per cent to 193kg.

A lightweight exhaust, meanwhile, weighs 1,400kg less than the one fitted to the previous Tracer.

A variety of electronic assistance systems are included too, such as multi-sage slide control and wheelie control. Cruise control also comes fitted as standard, while a more efficient fuel system has increased fuel economy by nine per cent.

It means that the Tracer should now be able to return up to 217 miles from a single 18-litre tank.

Two separate three-inch TFT screens relay key info back to the rider, too. The left screen showcases running information while the right-hand display deals with trip and outside temperatures.

A new GT specification brings more luxurious features such as colour-matching panniers and heated grips – among other touches – while semi-active suspension is also included as standard. This uses information taken from the ECU and continuously adjusts the damper settings to provide the best possible ride. The rider can, however, take control independently and switch between two different modes as well.