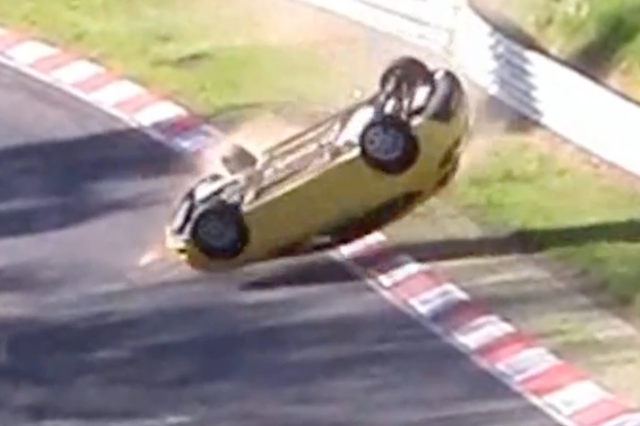 This footage shows it’s a beautiful day in Germany. Perfect for a blast round the Ring. And no doubt the driver of this bright canary-yellow Opel Astra agreed.

So as he approached a bend and accidentally oversteered, he possibly wasn’t expecting this horrifying accident to unfold.

The footage shows him lose control and plough head-on into the barrier – and so violently that the car is thrown into the air before rolling over, hitting the other side of the track and coming to a rest.

It’s only when you look at the footage in slow motion that you realise how brutal the impact was, as it actually tore one of the front wheels off.

Miraculously, the driver walked away, almost in an advertisement for airbags, as it appears every single one was deployed upon impact.

What’s nice to see is just how many drivers come to his aid, probably all agreeing that the Opel driver and his passenger had an extremely lucky escape.

It’s thought that both occupants were taken to hospital for observation but were uninjured in the crash. We sincerely hope so.