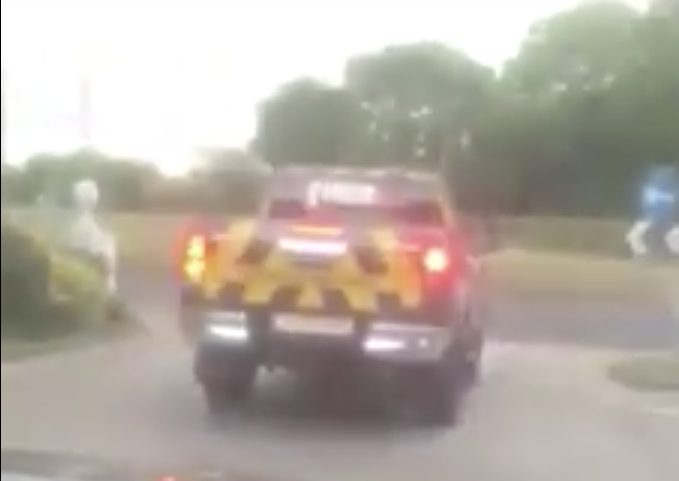 As we all know, here in the UK you need to be 17 and have a licence to drive on public roads in a car.

So how on earth was the child in this video allowed to go anywhere near the wheel of this two-tonne Toyota Hilux?

We aren’t sure why the child’s father chose to let his kid – who is understood to be aged just eight – take the wheel, but even the man’s daughter in the video is commenting in disbelief.

Somehow, on rather busy roads believed to be in St Albans, Hertfordshire, the child manages to navigate the pick-up all the way home and even goes to park it up at the end.

Watch until the end. Can't believe it. Chiswell green near St Albans. ?????

Two things strike us about this:

1) How is this in any way safe? We can barely see him over the window frame when he opens the window, so how could he see the road over the wheel?

2) Why is the dad filming it behind the wheel?

It may, of course, all be one massive hoax. For a start, how could the lad have reached the pedals? In addition, nobody else seems fazed by what’s going on while the Hilux is on public roads.

There’s also a certain amount of judicious editing and the Hilux isn’t always in shot. What’s more, we actually only see the boy when the pick-up is on private land, so we suspect there’s been a ‘body swop’ at some point, with an adult operating the pedals from out of sight at the clip’s conclusion.

If it turns out to be true, though, we hope the police track the idiot dad down.

One thing’s for sure: a wrong message about kids and cars is being sent out BIG TIME!