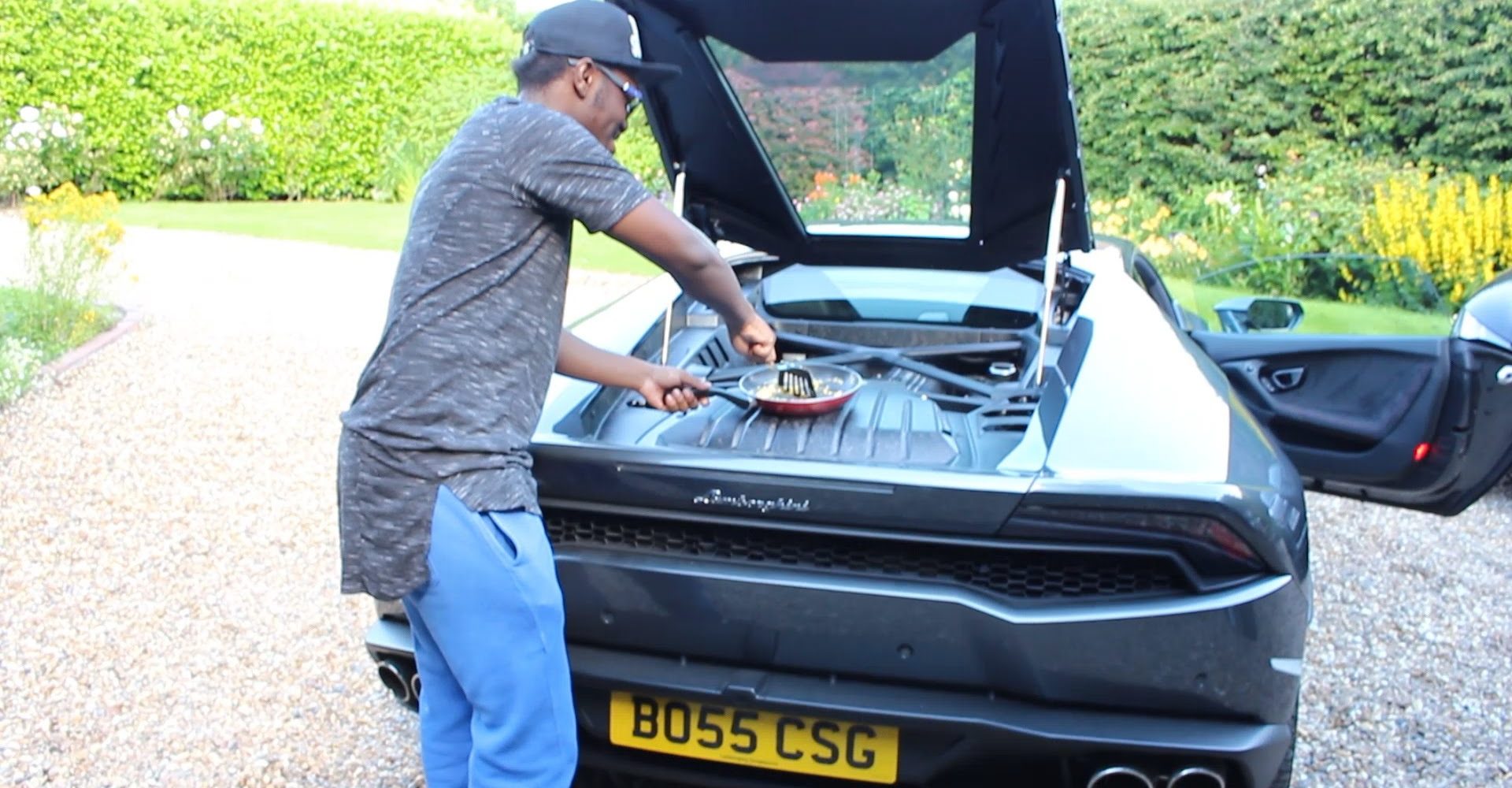 Have you ever wondered if your engine gets hot enough to make your breakfast on? No? Well, someone has!

The chap answering the question no one really cared about asking is YouTube star ComedyShortsGamer – aka 19-year-old Deji Olatunji but hereon referred to as CSG to save keystrokes. If you don’t know, he’s one of those people who got rich by shouting a lot on the internet.

Anyway, CSG, who is believed to live in Surrey, has just bought a Lamborghini Huracan. Instead of taking it to a race track or into the countryside for a hoon, though, like anyone else would, he decided to try to cook an egg on the hot engine. Obviously.

To get the 5.2-litre V10 nice and warm, he takes it for a quick blat around the local estate. One neighbour gets understandably vexed by a lairy supercar making a racket outside his window and threatens to call the police.

CSG’s dad, who is holding the camera, is then rude to said neighbour. Now, come on, dad, your son is being a loud nuisance driving his car fast on house-lined streets, have a bit of respect!

With the Huracan back on the driveway and idling away, engine bay nice and toasty, CSG puts a saucepan on the carbon-fibre cover and cracks an egg. Lo and behold, scrambled egg results!

To prove it’s properly made, he even gobbles up the unappealing mess from the pan. Seems like a lot of effort to go through for an omelette, if you ask us.